This page is dedicated to the memories of the crewmen who served their country and who passed on to a greater reward. 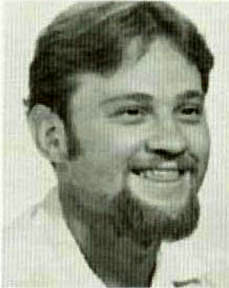 We join Ken's wife, Diana, in fondly remembering Ken, a plank owner on the Skinny-T.

Ken developed renal failure in 06. Went on dialysis. I gave him a kidney, but he rejected it and went back on dialysis in 08. Then a gangrenous bowel in Jan 09 and in hospital for three months. Been down hill after that. He had so many things wrong with him for being so young. Peripheral artery disease, heart disease, diabetic, intestinal problems, kidney failure and more. I have tried to look into Agent Orange. He had many of the illnesses caused by it. They have now found that sailors on small vessels that transformed sea water into drinking water were very much exposed due to the runoff from the rain. You all did go to DaNang and also spent a few months off coast of VN. He had skin problems and high BP, and high Triglycerides in his 20's and those are all symptoms. In his 30's had ulcers and also a symptom. Then in his 40's with the heart disease, was so bad said he should have been dead in his 30's, but had built up the best collateral circulation in his heart that they were amazed. He was only 59 and suffered a lot over the past 4 years, and I am just happy for him that he doesn't have to suffer anymore. Do you know of anyone else on the ship that has had problems? A friend of ours who was on the Kitty Hawk has all the same problems and he is getting benefits from Agent Orange. I know of at least 5 guys in our area here that also had kidney failure who get benefits from Agent Orange exposure. So anyway, I just feel like I owe it to him to look into it. Tom, you are so kind for asking and for all that you have done. I really would love to get Ken's name on the list of those who served on the Schenectady. He was a plank owner and proud of it. On the ship for three yrs. We did not know that they sank her. Watched the video. Made me sad. Oh well. Thanks again. Diana Riley.

Condolences and correspondence may be directed to Diana at: mamawr1950@aol.com

During one cruise, Ken manned the helm (see photo)

James Anthony Grabowski, 44, of Nanticoke, entered into eternal life Thursday, October 20, 2011, at Geisinger Wyoming Valley Medical Center, Plains Township. James was born on June 21, 1967, in Wilkes-Barre, a son of the late Stanley and Lois Anne (Flynn) Grabowski. He graduated from John S. Fine High School, class of 1985. James was a U.S. Navy veteran and served from 1985 to 1993. He obtained degrees in electrical engineering and business administration from Penn State University. He was employed by the Pennsylvania Department of Transportation as an electrical engineering supervisor. James was a member of the American Legion Post 350 and was an active Cub Scout Leader, Pack 415. He was also a member of St. Faustina Parish. James lived life to the fullest. His family was the center of his attention. He blessed everyone around him with his wonderful sense of humor. James loved vacationing in Ocean City with his children and was an avid Steelers fan. In addition to his parents, he was preceded in death by his grandparents; uncle Martin Powers; brother-in-law Lawrence Selecky; and cousin Allison Grabowski. He will be deeply missed by his beloved children, Brandi J., Kaci Samantha, and James Jr.; brothers, Theodore and wife, Beverly, New Braunfels, Texas; Thomas, Ingleside, Texas, and John B., Wanamie; sisters, Angela Selecky, Hanover Township; Donna Grabowski, Sheatown, Joanne Grabowski, Nanticoke; Catherine Abberton and husband, Peter, England, and Theresa Dillon, Nanticoke; loving companion Kimberly Markowski Hon; mother of his children, Amy Knight Grabowski; as well as uncles, aunts, cousins, nephews and nieces. Funeral services will be held at 9:30 a.m. Wednesday from the Kearney Funeral Home Inc., 173 E. Green St., Nanticoke, with a Mass of Christian Burial at 10 a.m. in St. Faustina Parish. Interment will be in St. Stanislaus Cemetery, Nanticoke. Friends and family may call from 4 to 8 p.m. Tuesday at the funeral home. [Published in Nanticoke, PA Times Leader on October 23, 2011]

You can leave a message of condolence in the guest book at:
http://www.legacy.com/guestbook/timesleader/guestbook.aspx?n=james-grabowski&pid=154237452&cid=full 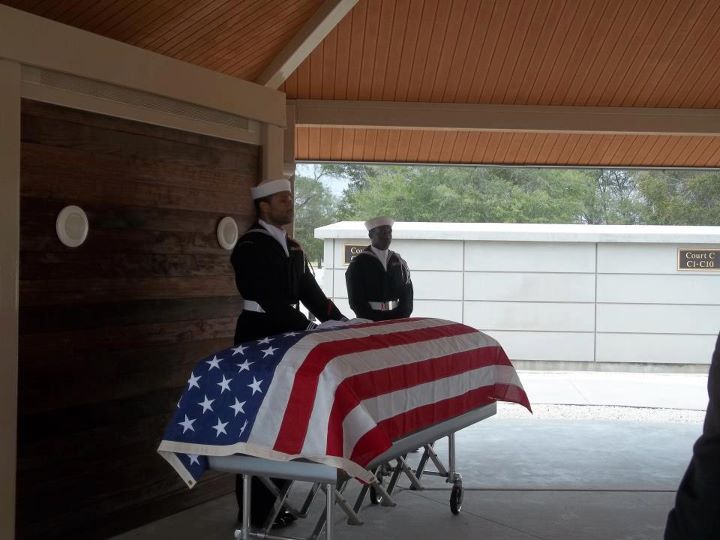 Clarence E. "Gene" Murphy, 72, of Crestview, Fla., passed away early Monday morning, Feb. 13, 2012, in DeFuniak Springs, Fla. He was born at home in Cass County, Ind., on Feb. 23, 1939. Gene served his country in the U.S. Navy for over 20 years, and was twice awarded the Bronze Star for his service in the Vietnam War. He retired to Crestview after his military service. Gene was an active member of Live Oak Baptist Church in Crestview. He is survived by his wife, Wanda Lou Murphy; children, Shawn Murphy, David Gann, Jonathan Aden and Mary Lou Gann; sister, Marjorie Murphy; brothers, Kenneth Murphy and Phil Murphy; nine grandchildren; a great-granddaughter; and several nieces and nephews. Funeral services will be held at 11 a.m. Thursday, Feb. 16, at Live Oak Baptist Church with Pastor Jerry Nelson officiating. The family will receive friends on Thursday at the church from 10 a.m. until commencement of services. Burial with military honors is scheduled for 11 a.m. Friday, Feb. 17, at Barrancas National Cemetery in Pensacola, Fla.
In lieu of flowers, the family suggests contributions to Live Oak Baptist Church, in Gene's memory.
Arrangements are entrusted to Whitehurst Powell Funeral Home in Crestview.
Guest book and condolences are available online at www.whitehurstpowellfuneralhome.com
[Published in Northwest Florida Daily News on February 15, 2012]

Robert “Robbie” Robinson, Sr., 60 of Nashua, NH died Tuesday November 27, 2012 in Nashua following many years of heart complications.  He was born August 16, 1952 in Medford, MA son of the late Robert Henry Robinson and Veronica (Kunze) Robinson Lyons. Bob was a Vietnam Veteran having served in the United States Navy and was stationed on the USS Schenectady, of which he received a Combat Action Ribbon. He was employed with BJ’s Wholesale Club in Nashua for almost 20 years. Bob enjoyed working on his Hot Rods and cars and was a member of the Road Rebels Car Club in Westford, MA. He will be remembered as a loving father and who found his greatest joy when spending time with his two granddaughters. Survivors include his son Tim Robinson, Jr. and his wife Kayleigh of Nashua, two sisters Marcia Robinson of Nashua, Gayle Desautels and her husband Dan of Raymond, NH, two brothers Eric Robinson and his wife Nanette of Nashua, Tom Robinson of Nashua and Tom’s fiancée Sherrie Raymond of Merrimack, two grandchildren Isabelle Robinson and Sophia Robinson both of Nashua, as well as many nieces, nephews, cousins, and friends. Visiting hours will be held on Friday November 30th from 4pm-6:30pm concluding with a Prayer Service at 6:30pm in the Dumont-Sullivan Funeral Home, 50 Ferry St. in Hudson. Following cremation, burial will be held at a later date. In lieu of flowers the family requests donations be made in Bob ’s loving memory to Buckingham Place Veterans Transitional Shelter, C/o Harbor Homes, Inc., 45 High St., Nashua, NH 03060.

Robbie's Guest Book is at http://www.dumontsullivan.com/obituaries/Robert-Robinson712112/#/TributeWall
[Published in the Nashua Telegraph, Thursday, November 29, 2012] 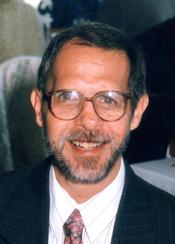 Steven E. Rivara, age 61, of Union passed away on Tuesday, August 6, 2013 in St. Louis. He was born February 21, 1952 in New York, New York to the late Dominick Rivara II and the late Dorothy (nee Orr) Rivara who predeceased him.

Steven served as a third class boiler technician in the navy aboard the USS Schenectady during the later years of the Vietnam conflict and worked as a welder at AB Chance (currently CG Power).

A Funeral Service will be held on Saturday, August 10, 2013 at 10 am at Miller Funeral Home in Washington, interment will follow at the Union City Cemetery. Visitation will be at the Funeral Home on Friday evening from 4 until 8 pm. Memorial donations may be made to the Franklin County Humane Society in his memory.

Steven is survived by two brothers, Dominick and wife Judy of Union and Gregg and wife Karen of Southhold, New York; one sister, Lisa and husband Tommy Good of Breezy Point, New York; and a step mother, Diane Rivara of Howard Beach, New York; nieces and nephews, other relatives, and friends.

NOTE: As Asst. Webmaster, I have received a flood of material from former Skinny-T crew members. In all that time, I came to know Steve as a dedicated sailor. He probably loved his ship and her crew more than anyone else I was privileged to know. I began to think of Steve as the spirit of the USS Schenectady for all his enthusiasm. I will long remember him fondly.
--Derick S. Hartshorn