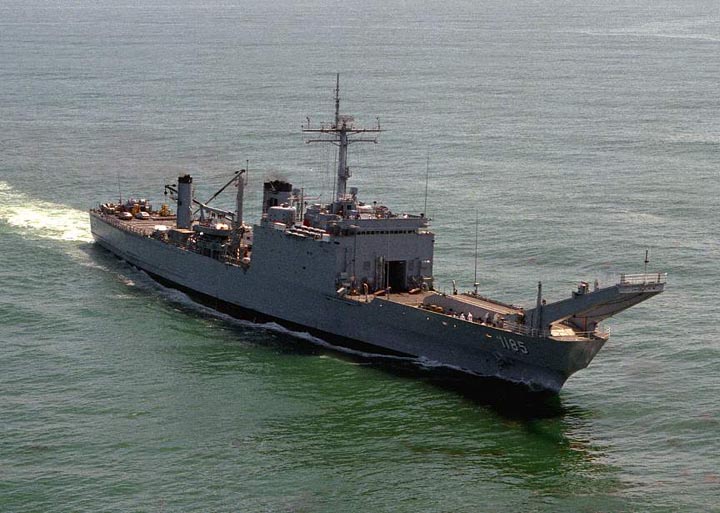 If there ever was a photo of the USS Schenectady that portrayed her as a pinnacle of naval power, this is it. Some may view the Newport class of Tank Landing Ship (LST) as ugly ducklings. Far from it--this ship, known by her crew as the "Skinny-T," was the best possible design for the tasks she was designed for. The thousand or so LSTs constructed during World War II were little more than barges compared to the Schenectady. Able to embark her cargo of tanks, LVTs, cargo and personnel at any point on the globe, she performed her assigned duties and exceeded all expectations. Her crew, during her brief lifetime, became an integral part of this amphibious giant that served the Pacific Fleet during the Vietnam war. Her service earned her three battle stars.

The sad ending came only after the greatest air armada in history hit "Skinny-T" with everything they had. Expended as an aerial target, she defied the best that was thrown against her. She responded gallantly, despite being hit with every high-tech weapon devised by modern technology. Those who served aboard the USS Schenectady (LST-1185), from her commissioning on 13 June 1970, until her decommissioning, have an obligation to recollect their the pride in serving aboard this valiant ship as long as God gives them the breath to remember those fair winds and gentle seas.